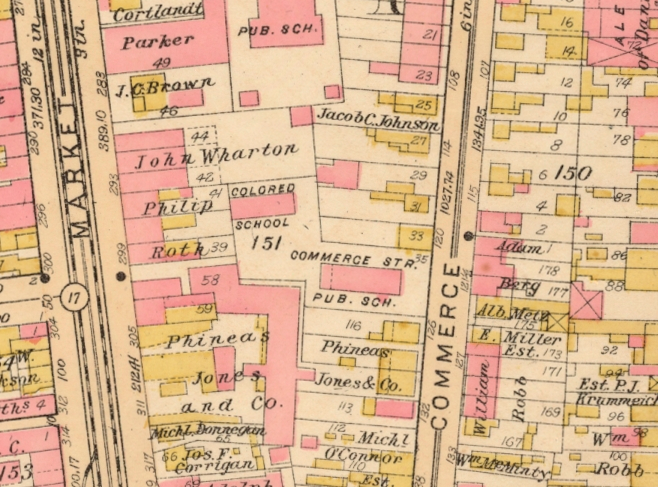 1852 is the approximate date of the establishment of the first public colored school in Newark (prior to that date there was no formal policy of segregation, with the few children of color attending the same schools as other children. The first “colored school” was located in the basement of the African Presbyterian Church on Place Street (now University Avenue). In 1856 the school had 107 students.  As the number of students increased the district opened “colored schools” in several locations.  In 1862 it was transferred to the Franklin School house in Fair Street, where it remained until it was moved to the State Street School around 1870.  In 1874 a four classroom building behind the Commerce Street School was also designated as a “colored school”, as was the Market Street School in the 1890s. In 1909 segregation as an official district policy ended and the various “schools for the colored” were discontinued.

Search for an Historic Building

Return to the Historic Buildings page